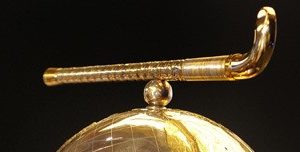 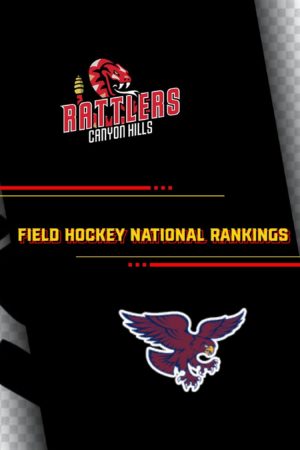 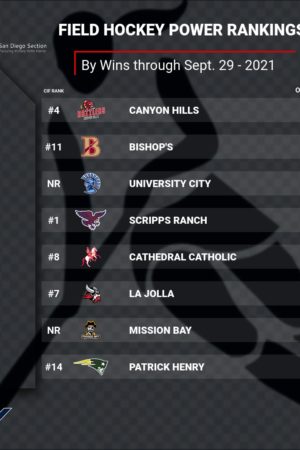 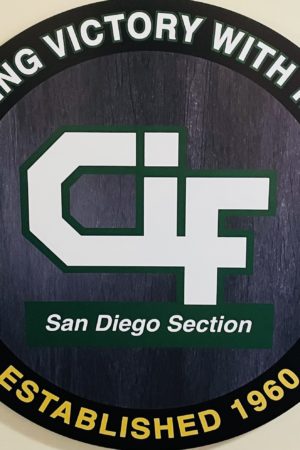 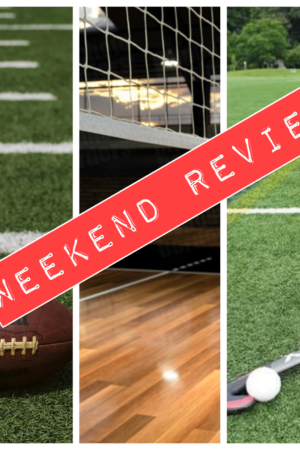 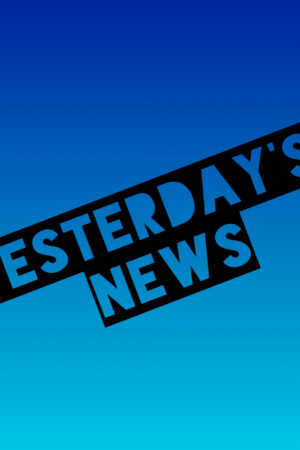 Quarterfinal action in the OPEN Division of San Diego Section Field Hockey brought the fireworks with the top seeded Scripps Ranch Falcons exploding on offense versus #8 Cathedral Catholic 8-2. Scripps will take on #5 seed Canyon Crest whom advances with a 2-1 victory over #4 seed San Marcos. The #3 Torrey Pines Falcons shutout the #6 seed La Jolla Viking 2-0 to move forward with a match up against #7 seed Poway. Poway upset the #2 seed Canyon Hills Rattlers 2-1. 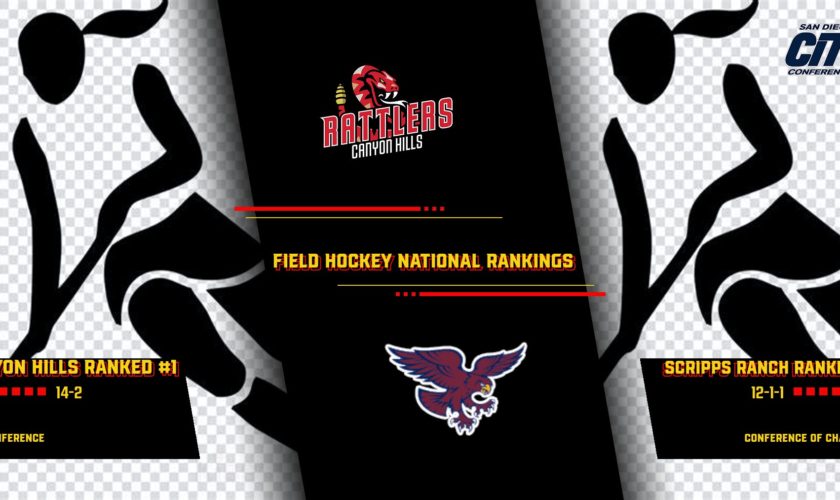 The latest National Field Hockey Rankings by Maxpreps.com have a new #1 and that’s the Rattlers of Canyon Hills. Formerly Serra, Canyon Hills has continued to play at the highest level. Canyon Hills dethrones league rival Scripps Ranch Falcons who slips to #2 in the nation. It’s no surprise that both teams consistently produce college level student athletes to prominent universities across the nation. Congratulations to both schools and continued success in the battle for a league title and another CIF Championship. Your play represents all the teams of the San Diego Section, state and nation with the highest quality of field hockey.

Check out all the Nationally Ranked teams by clicking the link below: 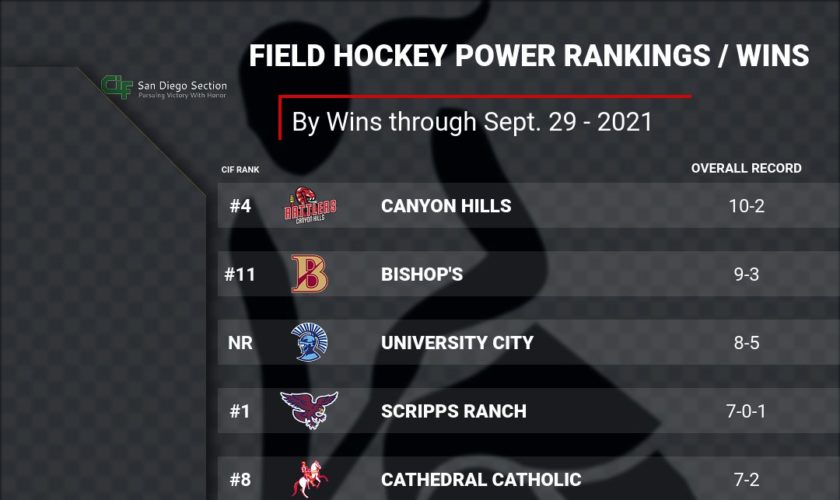 Field Hockey is blazing a trail for another exciting finish as teams are racking up wins and improving power rankings.

Scripps Ranch is ranked nationally in the top 3 and leads the state (#1) with Canyon Hills (#3) in San Diego right there in the shadows. Should be a battle for League Titles and CIF Championships. 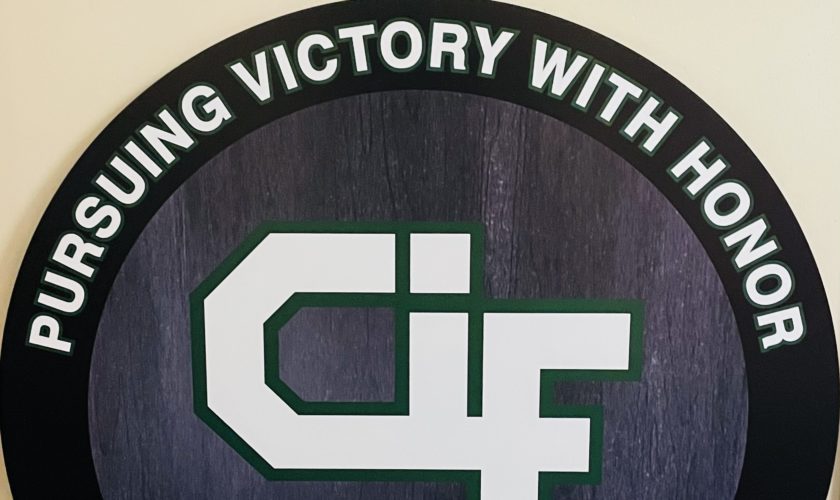 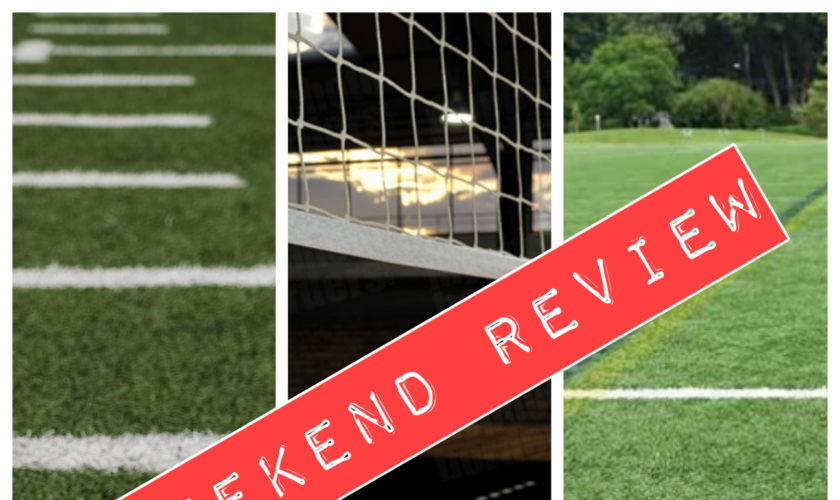 For the rest of the Scores from Sept 24, 2021, Click the Link from Maxpreps below. 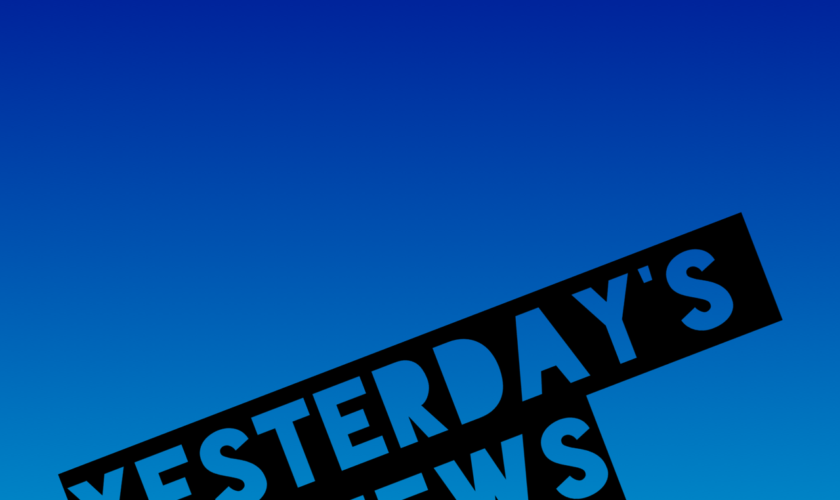 Girls Volleyball: Marauders improve to 7-4 with win over Rattlers 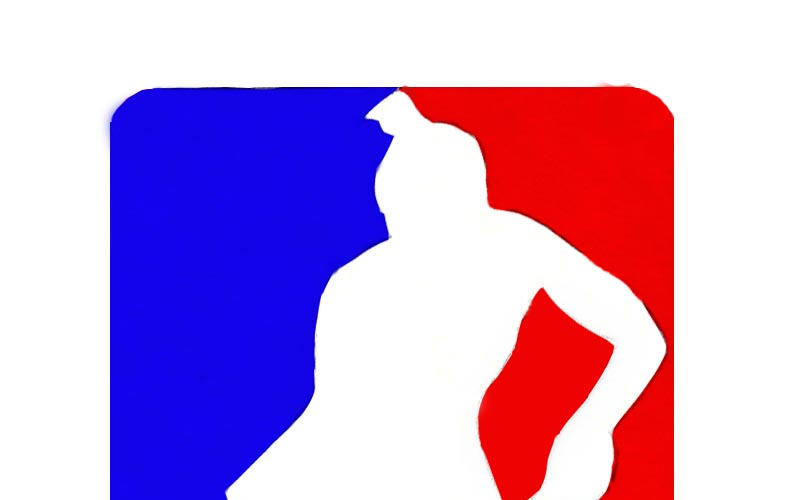